The Biggest Threat for Humanity are more Humans

400 ppm. It’s only a figure, but it’s a number that underscores the largest threat to humanity and biodiversity in the decades to come: the global climate disruption due to the buildup of human-generated greenhouse gases in the atmosphere.

Last year, the South Pole Observatory recorded for the first time, that global carbon dioxide (CO2) concentration in the atmosphere was above the crucial mark of 400 parts per million for a full month.

And the Earth just passed another milestone towards irreversible climate change. On May 23, 2016, even that last place you might think of, the Antarctica, home of the penguins, reached the highest carbon dioxide levels in 4 million years, according to an announcement from the National Oceanic and Atmospheric Administration.

Today, however, the record concentration of CO2 is man-made and the most important contributor to the ‘greenhouse effect’, that keeps the heat near the surface of the Earth. It comes from the burning of fossil fuels such as coal, oil and natural gas, as well as deforestation.

The Intergovernmental Panel on Climate Change (IPCC) noted in it’s  Fifth Assessment Report that without substantial efforts to curb the man-made greenhouse gas emissions, global temperatures by the end of the 21st century could be more than 4°C above what they were before the industrial revolution.

A change of that size would very likely lead to severe, widespread, and irreversible effects on ecosystems, biodiversity and the livelihoods of people. The collapse of Antarctic ice shelves could pave the way for dramatic rises in sea level and new research predicts that by 2050 the surface melting from the ice shelves will double. By the end of the century, the melting rate could surpass the point associated with ice shelf collapse. Rising sea levels for instance would affect roughly 44% of humanity that live in coastal communities.

World governments have agreed in December 2015 in Paris, to limit the increase in global temperature to 2°C above pre-industrial levels to avoid the worst impacts of climate change. Some of the key policy includes carbon pricing schemes, to support energy efficiency and renewable energy, and development of low carbon technologies or removing direct or indirect fossil fuel subsidies.

And people around the world are beginning to address the problem by reducing their ‘carbon footprint’ through less consumption, using renewable energy and better technology, or driving electric vehicles. In Norway, for instance, an energy policy is underway that will include a ban on new gas- or diesel- powered car sales as soon as 2025 and would only allow zero-emission vehicles to be sold.

But the biggest threat for humanity is more humans, because unsustainable human population growth can overwhelm all those efforts.

A 2009 study of the relationship between population growth and global warming determined that the “carbon legacy” of just one child can produce 20 times more greenhouse gas than a person will save by driving a ‘clean’ car or using energy-efficient appliances and light bulbs, etc. The study concludes:

The potential savings from reduced reproduction are huge compared to the savings that can be achieved by changes in lifestyle.

With regard to climate change, the ‘big idea’ of life extension to an average of 140 years – a twice as long lifespan with the consequence of a twice as large global population – is definitely the last thing we need to save our planet from devastation. 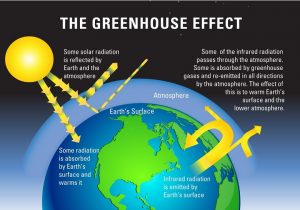 (Should you still belong to the camp of ‘climate skeptics’, that dismiss the projections about the effects of global warming, maybe you’re find the deep economic and financial implications caused by ‘life extension to an average of 140 years’ – coming up in the next part later this week – more convincing.)

The last time CO2 levels were this high, humans did not exist. 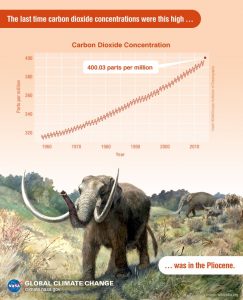 Smokestacks from iron and steel plants in Hebei province, China. 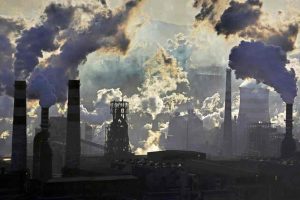 Nothing escapes CO2, not even the Antarctica. The current Carbon dioxide levels there are the highest are in 4 million years. 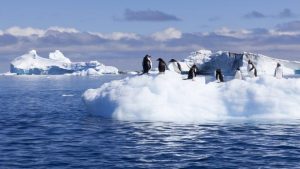 Next month, on July 11, is World Population Day. Founded by the UN it was inspired by the interest surrounding ‘Five Billion Day’ on 11 July 1987 – the date when the world’s population reached 5 billion. Just one generation later in 2016, earth’s population is already above 7 billion.. 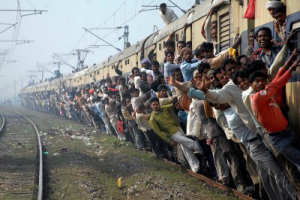