Every new company has to begin somewhere. Why not in a garage?  Here are 5 of the biggest companies in the world, all of which were started in their founders’ garages, followed by an infographic titled ‘Billion Dollar Companies That Started In A Garage’ made by essay-writing-place.com

Walt and Roy Disney created their first films in their uncle’s garage in 1923. They started their career by creating “Alice Comedies,” which were actually a part of the original Alice in Wonderland animation series. Disney faced a lot of hardships in the journey toward success and was only accepted by investors after enduring plenty of struggle and strife. Now, Disney is one of the most popular and highest-earning media houses and franchises in the world, and is the leading name in producing cartoons, children’s movies, and animated films.

Two friends, Bill Hewlett and Dave Packard, founded HP in Packard’s garage in 1939 with an initial investment of only $538. The product that eventually boosted their career was an audio oscillator (HP200A), which was sold to Walt Disney to improve its sound system for the movie Fantasia. Walt Disney bought eight oscillators and gave HP the biggest break of its life. Today, the Packard’s garage in Palo Alto is famous as the birthplace of HP and Silicon Valley. Since its inception, HP has developed into a powerful and active company, developing various computers, laptops, and other computer-centric accessories with advanced technologies

Apple was started in a California garage by three young men. Steve Jobs, Steve Wozniak, and Ronald Wayne developed the first Apple computer in 1976 in the garage of Steve Jobs’ parents’ house.

The Apple I was sold as a motherboard to a local store for 500 USD and shortly thereafter, the team continued on to create the Apple II computer. The founders’ products and company became famous when they got a break from their Macintosh line of products, from which they earned millions of dollars. Now, Apple is leading a technological revolution with its various devices, including Mac computers, iPhones, iPods, and iPads.

Amazon’s website was created in 1994 as an online bookstore by Jeff Bezos  in his garage in Washington (the State, located in the Pacific North West, not the US capital) originally investing nearly 40’000 USD to enable him to order, sell, and deliver books to 48 different countries. He succeeded in selling his first book in July 1995, and since then has built Amazon into the largest online shopping store in world.

Yes, the world’s most famous search engine was actually started in a garage. Larry Page and Sergey Brin, graduates of Stanford University, rented a garage from a friend, Susan Wojcicki, in September of 1998. They worked day and night for a number of months and developed what would be known as Google. Their main goal while creating the website was to organize and maintain all kinds of information on a single platform accessible to common people all over the world.

The garage was the right place to start for these founder’s. And it can be the perfect spot to launch a next billion dollar company. But in today’s world, one shouldn’t overstretch this start-up folklore. More important than the right place is the right motivation to start a meaningful business – from garage or somewhere else. All of these companies started with little investment capital and small physical space, but hard work and unwavering dedication led them to huge success. 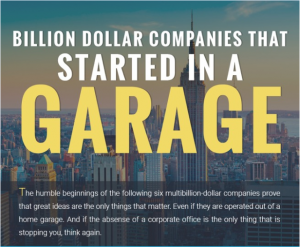 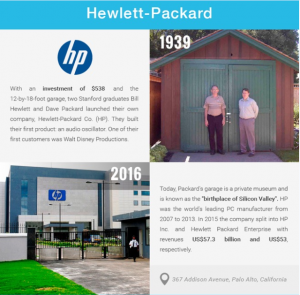 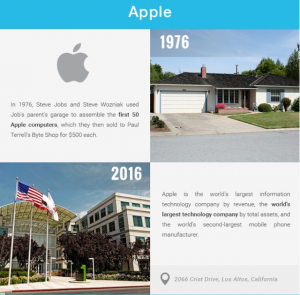 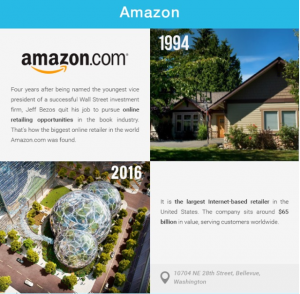 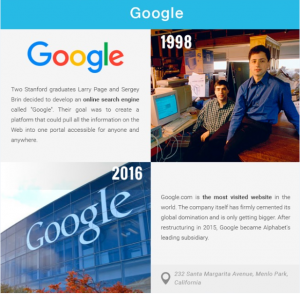 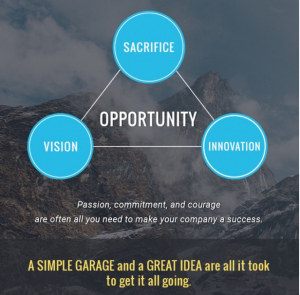