In 1950, when the global economy was struggling to recover from World War II, Venezuela had a GDP per capita of 7’425 USD, making the oil-rich South American nation, the world’s fourth-wealthiest country, exceeded only by the United States, Switzerland and New Zealand.

Today’s Venezuela is a landscape where armed guards fend off consumers desperate to purchase essential foodstuffs and household goods in short supply.

The country faces an unprecedented crisis, never seen before in an oil exporting country. In June 2016 oil production plunged to a 13-year low.

31 million people are without enough food, many of them stormed the border with Colombia for the second time this month to shop for basic foods and medicines. Further, a sharply deteriorating public health, energy shortages due to electricity blackouts or the worldwide highest rates of inflation and crime (In 2015 four times more people violently died in Venezuela than in Afghanistan) puts the country on top of any misery index you could think of.

Once among the richest countries in the world, in Venezuela of 2016, the everyday experience for many is hunger and starvation.

Former President Hugo Chávez, who was in office from 1999 until his death in 2013, and his successor, current President Nicolas Maduro, built an economy based on the assumption that they would be able to generate enough revenues from oil to finance a system of social welfare benefits. But once that income dried up as oil prices collapsed, the model fell apart.

Now, it’s important to make this clear distinction. The fact that oil prices have collapsed may have been the trigger, but not the root of the crisis in Venezuela. It wasn’t the drop in oil price, it was mismanagement of resources, corruption and abuse of power by so called political leaders. The oil-price-drop only made the crisis more visible and profound and today Venezuela stands as one of the world’s most miserable economies.

The Venezuelan oil and gas sector has been in trouble some time. In 2002, the conflicts between the government and employees of PDVSA, the country’s state-run oil and natural gas company, escalated, resulting in huge strikes and operations halted. This negatively affected the firm’s productivity, and the relatively professional management was changed into an incompetent one.

The situation became even worse in the oil sector after President Chávez decided to nationalize all oil exploration and production in 2006, and over 16 firms were taken over.

These measures led to a lack of investments in oil-infrastructure and to the inability to exploit the vast resources due to widespread incompetence. But these facts were not immediately punished by the market – on the contrary. When Chávez took office in early 1999, oil was trading at less than $15 a barrel, by the time his presidency ended in 2013, a barrel of oil was worth almost $100. Venezuela had staggering amounts of cash to spend. And the Chavistas spent like crazy; on food and electricity, on education and housing. They built railroads across the country (that were never finished) as well as rewarding supporters with state jobs and the public payroll has more than doubled in 16 years.

Beyond the public programs that kept the system in place, much of the oil-dollars were lost to corruption and the personal enrichment of a new socialist ‘elite’ and their families – as well as international programs like Petrocaribe, which through generous oil diplomacy in the region, allowed Venezuela to punch outside its weight class geopolitically for a time (see ‘Chávez Global Connections’ image).

At the same time, the government’s hyper-regulation of the private sector  with rigid price controls – Chávez expropriated or nationalized over 1’200 companies across all sectors, among them the electricity and phone systems – turned the country into an economic wasteland and exacerbated the country’s petro-dependency to over 95%.

Then, just as Maduro was taking the helm, two things happened that led to collapsing oil prices. In 2013, Chinese growth began decelerating, just as the Eurozone was moving from crisis to panic, significantly reducing the demand for oil. On the supply side, the revolution in hydraulic fracking technologies and the United States’ rapidly escalating domestic oil production levels began to come into their own. In a span of less than four years, American oil producers almost doubled their output. Net imports declined rapidly as a result and with it the demand for oil from elsewhere. Oil prices tumbled, going from highs over $100 per barrel in the summer of 2014 to as little as $40 a few months later, which is where they have remained.

With the collapse of its economy, the government has been printing and borrowing money to meet expenses. Inflation has skyrocketed and the local currency, the Bolivar, became essentially worthless. So not only can Venezuela not produce food, it can’t buy it. And it doesn’t have the oil revenues to support major food purchases from overseas.

As his country’s economy implodes, President Maduro has resorted to what may be a last-ditch effort to stay in power. To demonstrate he will go to all lengths to survive, he increased the power and autonomy of the military over civilians. Maduro ordered five of the nation’s largest ports to be regulated by the military and claimed – in his typical denial of reality – that the political maneuver strengthens Venezuela in the midst of a US backed ‘economic war’.

You don’t need an economic degree to realize, that giving extra power to the military is the opposite of what is really needed.

What would help is finally abandoning the totalitarianism approach to the economy. The question is how far Maduro is willing to go to preserve himself. It seems inevitable that things are going to get even worse (I wouldn’t exclude the possibility of mass starvation), before dissatisfaction emerges to such an extent that it becomes impossible for Maduro to continue.

Then, Venezuela has the opportunity to experience the most expansive economic adjustment in history. An alternative regime would need to restructure the debt, unify the exchange rate, free prices and ask for international assistance. 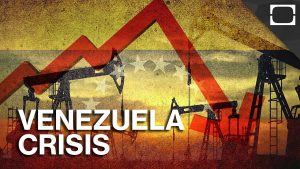 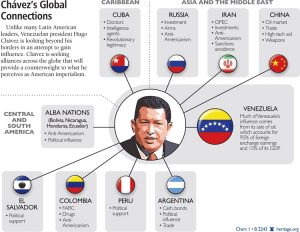