The most expensive item many of us own is, apart from the house, our car. On average, Americans spend about 5%, west Europeans more like 10 % of their income on purchasing a car and another 5 to 10 % towards on-going vehicle maintenance and insurance costs.

But it costs more to keep some cars running than others. And different cars have varying risks of leaving their drivers suddenly immobilized.

The first list, ‘Which car brands cost the most to maintain?’ shows the cost to maintain over the first 10 years of a car’s life. Luxury cars built in Germany, such as BMW and Mercedes-Benz, are the most expensive.

But as the survey ‘which car models cost the most to maintain?’ reveals, the ‘top spot’ among the 20 priciest car models in terms of maintenance goes to a Chrysler, a Fiat subsidiary.

Based on the results ‘which car models have the lowest maintenance costs?’, it’s pretty clear, that Toyota is by far the most economical manufacturer. A Toyota – – and other Asian imports – are about 10’000 USD less expensive over 10 years, just in terms of maintenance.

So what, specifically, makes some brands more expensive than others? Some brands have a higher incidence of routine maintenance, and some cars tend to break down in the same way time and again, see ‘unusually common car issues’.

A car that has a defect (caused by the manufacturer) which substantially impairs the use, market value, or safety of the vehicle is usually called a ‘lemon’. According to ‘AutoGuide’s 1st Annual Lemon List’, Toyota tops also this ranking, while Fiat produced the most lemons.

Last but not least, ‘brands most likely not to start’ shows the substantial risk to be immobilized for a ‘Hummer‘- driver, since his vehicle has by far the most starting troubles.

Don’t be surprised, that a car-brand like Tesla doesn’t appear in these maintenance rankings – at least with a Tesla there is no oil or fuel changes, and you can get electricity free at charging stations… – but it has mainly do with the fact that Tesla is a relative newcomer and therefore a 10-year span of maintenance cost on a broad database is not available yet.

In a decade or so, Tesla might compete with the ‘iCar’. Although rumours about the Apple car, codenamed ‘Titan’, are flying and there is talk about substantially increased R&D spendings to 10 billion USD – even a takeover of Tesla by Apple is considered possible – there is still no firm evidence that the Apple car exists. However, Tesla CEO Elon Musk thinks otherwise. He said, the ‘iCar’ is an ‘open secret‘ in the car industry and mentioned that Apple has been hiring thousands of engineers, indicating that the company is indeed working on something bigger than just a new phone or watch. Musk: ‘It’s pretty hard to hide something if you hire over a thousand engineers to do it.’

But Tesla, resp it’s soon to be open Gigafactory in Nevada, is real and here today, and will be a topic in our coming weekend-piece. 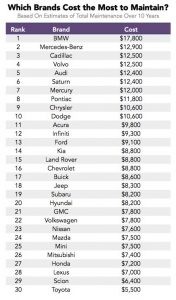 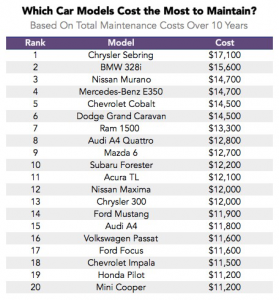 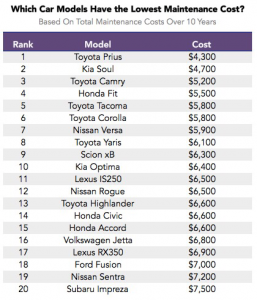 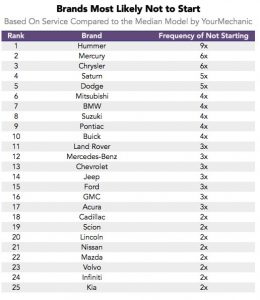