Will the Euro break-up?

‘Italy could be a bigger threat to the Euro than brexit‘ – Andrew Edwards, chief executive of ETX Capital

The British pound plunged to fresh 31-year lows yesterday and was traded below 1.28 USD, but the fallout from Brexit has also brought renewed attention to Italy’s ailing banking system with the country’s 400 billion USD in non-performing loans.

Monte dei Paschi – the oldest bank in the world – has been in crisis mode for years due to a disastrous acquisition policy, losses from risky derivatives trades, bad debts and a string of mafia-like or at least mysterious deaths/suicides of several bankers. Result: Today, the bank represents the weakest link among the already very weak performing Italian banks.

The same day the ECB letter was revealed, an unnamed Italian source with knowledge of government plans said: ‘We are willing to do whatever is necessary to defend the banks.’

But as the dire state of Italy’s banking sector becomes clearer to investors, regulators and the general public, the pressure to act (even if measures contravene Italy’s EU commitments) is mounting by the day.

‘This could trigger a break-up of the euro pretty quickly,’ says a political strategist at one of the world’s largest hedge fund companies, who asked to remain anonymous in a piece in the ‘Financial Times’.

‘A eurozone break-up is inevitable. I have met very few people who don’t think the eurozone is doomed. It is just when and what will trigger it.

“Brexit might be enough to throw the eurozone into recession. I would be very surprised if the economic bloc lasted another recession. Be very scared.‘

Top of his list of concerns is the rise of the Five Star Movement in Italy, a political party that has called for a referendum on whether Italy should keep the euro as its currency. The success in Italy’s local elections on June 19 highlights that the country’s banking problems, sluggish economic growth and combative relationship with the EU are changing the perception of Italian voters.

Many analysts warn that with its shaky banking system, lackluster growth, high unemployment and a growing wave of anti-establishment public sentiment, Italy is on the brink of a major crisis.

‘Italy could be a bigger threat to the Euro than brexit‘ Andrew Edwards, chief executive of ETX Capital said in a note this week.

On the surface, it won’t be a vote on whether to remain or to leave the EU, but on Italy’s constitutional reform package, but analysts say the October vote could turn into a referendum on the Italian government itself — and could prove as much of a boomerang for Renzi as the U.K. referendum has been for David Cameron.

Last week, Italian Prime Minister Matteo Renzi and German Chancellor Angela Merkel clashed, yet again, over Italy’s fiscal and banking policies. Merkel maintained that there is ‘enough flexibility to work with, including in the current situation’ and that ‘we can’t come up with new rules every two years.’

The Italian government, mindful that the country’s banks rely heavily on retail investors, wants a green light from the EU to help lenders such as Monte dei Paschi raise capital without triggering bail-in rules that would force bondholders and shareholders to share some of the losses.

Otherwise, ordinary Italians, who according to Fitch rating agency hold about a third of outstanding Italian bank debt, face huge losses as banks are forced to sell assets or shares at heavy discounts.

On the surface, Italy’s negotiations with Germany and the EU are reminiscent of the frequent discord between Greece and its counterparts in the EU, over debt and austerity.

But Italy’s crisis could be of much greater significance than any of Greece’s troubles – a full-scale banking crisis in Italy – the eurozone’s third largest economy – could break up the whole Euro-currency bloc.

Beyond the picture perfect Tuscany is a serious banking crisis brewing that could break up the eurozone. 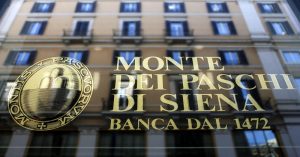 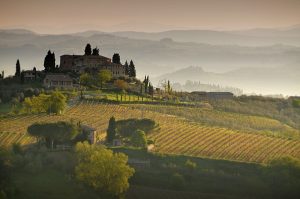 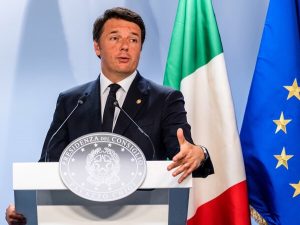