Even the longest journey starts with a first step:

Before Warren Buffett hit the financial markets, he sold used golf balls or Coca-Cola door-to-door. Another source of income for young Buffett was the idea of renting out flipper-machines.

Amazon founder Jeff Bezos first job in the business world was behind a counter at McDonald’s.

At 14, Bill Gates founded his first software company. With Traf-o-Data he developed a system to measure traffic-data.

At 12 and still living in South Africa, Elon Musk earned 500 Dollar, when he sold the source-code he wrote to a space-themed PC game called Blastar to ‘PC and Office Technology Magazine’.

He made billions with financial information and served as mayor of New York for serveral years. On his way to the top, Michael Bloomberg started as a park guard to finance his education.

Michael Dell fulfills the cliche perfectly. The Dell-computer owner started to work at 12 as a dishwasher in a chinese restaurant.

Yahoo-Boss Marissa Mayer made her first money during high-school behind a check out at a supermarket.

Media-billionaire Oprah Winfrey made her entry into the ‘real world’ in her father’s hair-salon.

Now, if you are less interested about some billionaire’s past, but your personal financial situation and just want more money, you could take the advice of those who have made the most.

The good news is that once these people make money, they can only keep what they have if they are also good at saving and investing it.

Tony Robbins says this was the single most important financial tip to follow. While so many of us are focused on making money, the most successful investors on the planet are obsessed with not losing it.

Speaking of risk, Robbins said that the best risks to take are those in which the potential returns are much greater than the potential losses. “While there is no such thing as a riskless return, every money master in the world will tell you, without exception, one of the most vital components of your portfolio is to find investments with asymmetric risk and reward,” he said. How asymmetric? Robbins recommends using the 5-to-1 rule, in which every dollar invested can potentially return five. That way, he notes, even if you’re wrong four out of five times, you’ll still break even.

The $4 latte instead of a $1.50 cup of coffee is only one example of mindless spending-that is, spending too much on things that don’t really make your life better. Robbins pointed to eating out as an example. If you spend $40 a week on restaurant meals, consider inviting friends over for a low-cost dinner at home instead. In a year, you’ll have saved $2,000. If you invest that $2,000 every year, in 40 years you’ll have half a million dollars.

“Spend on things that dramatically enhance your quality of life, and stop mindless spending that doesn’t add any value to your life,” he advised.

Get the best deal

Bill Gates considers gathering and using information to your advantage as an important skill. Before you make a big purchase, research comparable brands and pick the one that gives you the most performance for the money.

Do more with less

Bezos once reported that Amazon had saved tens of thousands of dollars on electricity by removing all the light bulbs from its vending machines. That’s not much money for a company with more than $100 billion in revenue. But the mindset underlying that decision reflects a very powerful money-saving idea if you look at all the details of your operations as potential sources of cost savings, all those little fat-trimming moves will add up.

Learn to save properly

Warren Buffett says we all have habits we’d like to break, and others we’d like to form. Among the latter, for Buffett, the most important is saving money. ‘The biggest mistake is not learning the habit of saving properly.’

The mistake most people make is they try to catch whatever wave of rising prices and rapid returns they think they see in the short term, Buffett says. That kind of thinking almost always gets people in trouble. Instead, he advises, “invest with a multi-decade horizon.” Instead of trying to make a quick buck, he says, you should be focused on increasing your purchasing power over your entire lifetime.

Buffett has often said that you should invest in yourself as much as you can, and in every way you can. ‘Anything you do to improve your own talents and make yourself more valuable. Whatever makes you smarter makes you richer.’ 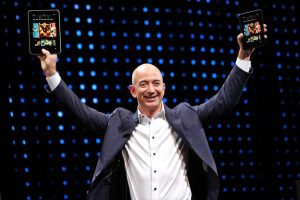