At the end of this month, Tesla will organize a special event to celebrate the opening of the enormous Gigafactory 1 in Sparks, just outside of Reno (Nevada).

Although it will take another 4 years, until the Gigafactory 1 reaches full capacity, the name is hinting that more will follow. German Vice-Chancellor and Economy Minister Sigmar Gabriel recently confirmed being in talks with Tesla CEO Elon Musk about the possibility of building ‘Gigafactory 2’ in Germany, the land of Volkswagen, BMW, Audi, Daimler (Mercedes is a division of Daimler AG) or Porsche..

Although the Gigafactory 1 – since it’s not yet fully completed – is not part of the ranking of largest factories on this planet, Tesla is nontheless present with the existing Freemont unit. Others could be labeled as ‘the usual suspects’ – from Hyundai’s Ulsan Factory in South Korea to the Boeing near Seattle or Airbus in Toulouse. But I didn’t expect to find a lingerie producer in Latvia among ‘The World’s Largest Factories’: 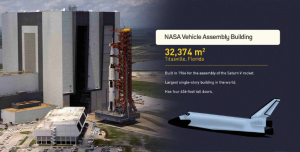 Owned and managed by the Meyer family for six generations, this is the largest shipbuilding hall used to construct cruise ships. It’s located in Papenburg, Germany, and is 63’000 m² in size.

An unexpected entry on this list, this factory produces raw materials and lace for lingerie. It’s about five football fields long, and two wide. Located in Latvia, the facility is 115,645 m² in total area. 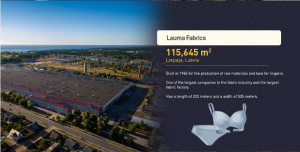 It’s no surprise that aircraft assembly plants are among some of the world’s largest factories. This Airbus plant is in Toulouse (France) and is 122,500 m² in size.

For automotive companies, size means economies of scale. This plant was set up in 1981 in Illinois to oversee Mitsubishi’s manufacturing, production, sales, and R&D in North America. This 220,000 m² facility ended production in late 2015 because of the company’s shift to focusing on Asian markets. 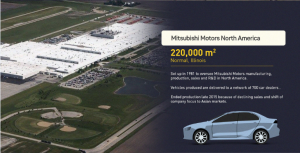 Also located in Illinois, this factory is owned by Chrysler. It was constructed in 1965 and takes up a whopping 330,000 m² of space. It’s where the Jeep Compass, Jeep Patriot, and Dodge Dart get assembled. 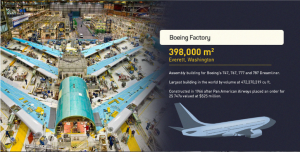 Not to be confused with the Gigafactory 1 (see introduction) this is Tesla’s current principal production facility for its cars in Fremont, California. It uses 10 of the largest robots in the world, and has a 510’000 m² footprint.

This is 10x bigger than the Tesla Factory, located in South Korea. It’s over 5’000’000 m²and is Hyundai’s main production facility. Amazingly, it employs 34,000 personnel, while having facilities often reserved for entire cities. The factory has its own hospital, port, and fire station. 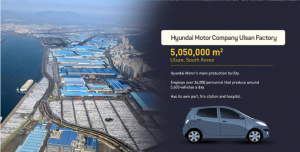 Weighing in at #1 on the “World’s Largest Factories” list is Volkswagen’s plant in Wolfsburg, Germany at 6’500’000 m². It edges out Hyundai’s entry by about 1.5 million m². It’s the biggest car plant in the world and also Volkswagen AG’s headquarters. 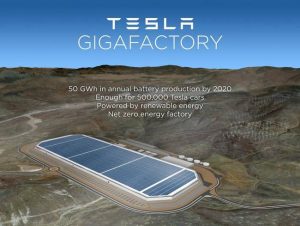