How Uber, Airbnb, and Etsy Attracted Their First 1’000 Customers

New businesses often struggle finding their first customers. The challenge is even more difficult with startups in the sharing economy that launch as platforms connecting independent service providers with consumers.

Take Uber. Its platform is two-sided, connecting people who need rides with people who have rides to offer. (Same ideas as Airbnb, which connects people needing rooms with home-owners). So to launch such a platform service, these companies need to find users on both the supply and demand sides.

“Poaching customers is something all competitors do in different ways. When you have a two-sided platform, you have to acquire both the customers and the services.” says Harvard Business School’s Thales Teixeira, Professor of Business Administration and researches the Economics of Attention.

“It’s the classic chicken-and-egg problem,” he says. You can’t have one without the other, but which one do you find first – the customer chicken or the service egg? “As a small company you cannot afford to focus on both with the same amount of effort. You may need to prioritize one side.”

Preparing to teach a new course on e-commerce marketing next spring, Teixeira made it his goal to find an answer. He studied three of the best-known and most successful startups – Uber, Etsy, and Airbnb – hoping to find some commonalities in how those businesses solved the dilemma.

As Teixeira reports in a new ‘Harvard Business School’ case called: Airbnb, Etsy, Uber: Acquiring the First Thousand Customers, all three platforms concentrated on getting the service side of the equation first, customers second. But there’s a catch. “It’s not just the chicken and the egg, you also want to select the right eggs,” explains Teixeira. “If you acquire the wrong eggs and ostriches come out, then you are in trouble. The chickens will run for the hills.”

From the beginning, it was clear to the founders of apartment-sharing site Airbnb that they’d need to find people willing to list their homes before finding people interesting in staying in them.

“If you don’t have a supply of houses and apartments, people are not going to come,” says Teixeira. The problem was where to find people willing to let strangers stay in their places. It’s not like they could go around San Francisco knocking on doors.

Instead, founders Brian Chesky and Joe Gebbia thought like customers themselves, trying to figure out where they would go if Airbnb didn’t exist. It didn’t take them long to figure out the answer: Craigslist. The entrepreneurs figured they could do a better job of making apartments appealing than the online classified site, but first they had to siphon away its customers. To do that, Chesky and Gebbia created software to hack Craigslist to extract the contact info of property owners, then sent them a pitch to list on Airbnb as well.

The strategy worked. With nothing to lose, property owners doubled their chances of finding a potential renter, and Airbnb had a ready supply of homes with which it could attract customers.

“Poaching customers is something all competitors do in different ways,” says Teixeira. “If you are a website and you are providing content to users publicly, others can grab that information.” It’s not enough to just take someone else’s customers, though, he warns – you’ve got to give them something better than they had before.

Once they had apartment owners on the hook, the Airbnb founders realized they had a problem: the subpar photos that property owners were taking for Craigslist on their iPhones would never work for customers looking for an alternative to a hotel.

“The first time a person goes on Airbnb, they are comparing the quality of photos to hotels that take glamorized shots,” says Teixeira. “They needed to compete at that level.”

In order to do that, Chesky and Gebbia did something that would never be scalable: hired professional photographers to go to property owners’ homes to take inviting pictures. The gambit worked, making the site much more attractive than the competition, and setting a standard for photography that later property owners rose to match in order to compete against other homes.

“The underlying principle of this is you should help your suppliers portray themselves in the best way possible, even if that is not scalable,” concludes Teixeira. “If you don’t have customers, there is nothing to scale.”

Ride-sharing app Uber pursued a similar strategy. Rather than starting out with Uber Pool or Uber X, in which drivers use their own cars, the company started with black cars driven by professional drivers. That way, they could ensure that customers would have a great experience virtually every time they used the service – and they could then rely on customers to spread the news of that experience by word of mouth. “That’s why you get the supply side first – if you get the right suppliers, the customers will experience their high quality service and then do the marketing for you,” says Teixeira.

Etsy also pursued a decidedly non-scalable strategy in finding the right eggs with which to launch its business. The platform, which serves as an online marketplace for craft vendors, started its business with an offline strategy: scouring craft fairs across the country to identify the best vendors at each, and pitching them on opening up an online store on the site. “They first brought their customers, and then they brought other artisans who followed the customers.” Once Etsy had the first-tier artisans on the site, the next tier naturally followed them.

Lesson 3: Sequencing is everything

Uber and Airbnb were also smart about how they chose to expand, picking the right cities at the right time to maximize their success.

Since Uber’s main competition was taxi cab companies, the startup researched which cities had the biggest discrepancy between supply and demand for taxis. They then launched during times when that demand was likely to be the highest, for example during the holidays when people tend to stay out late partying. It also ran promotions during large concerts or sporting events, when big crowds of people all needed cabs at the same time, and an individual might be more likely to take a chance on an unfamiliar company named Uber.

In that way, the company acquired a large group of customers in one swoop. “First, they figured out how to get a bunch of customers all in one night, when the demand was high. Then, they made sure this first group of users had a great experience and brought in the next wave of customers via word-of-mouth” says Teixeira. The company banked on the fact that once users realized how easy it was, it was only a matter of time before they started using it to go to work, then shopping for groceries, and so on.

Airbnb followed a similar strategy with its rollout, launching in Denver in 2008 to coincide with the lack of hotel space during the Democratic National Convention and adding new cities at times when they had major conventions or other events.

In addition to the obvious demand, the strategy has another benefit: “Your competitors don’t see you as a threat, since you are not taking away from their demand.’’ By the time you have a foothold in the marketplace it’s already too late for them to do anything about it.

Launching in situations of high demand and low supply also helps startups acquire the right type of customers – those early adopters who might be more forgiving of a company while it works out the kinks. After all, beggars can’t be choosers, and if you are thankful to even have a room during a conference, maybe you’ll forgive the lack of hand towels. The last thing a company wants during its early phases is negative word-of-mouth.

“You are still a startup,” says Teixeira. “You have to find people who are willing to accept your flaws and cut you some slack. Satisfying all their needs and wants is just not feasible at this early stage.”

With early adopters in place, a company can start thinking about how to expand their customer base through more traditional means of marketing.

To tackle that problem, Teixeira wrote a sequel case study, ‘’Airbnb, Etsy, Uber: Growing from One Thousand to One Million Customers’’, and is currently working on a third entry in the trilogy that will examine how a platform can go from one million to many millions of customers.

In each case the strategies are different. While word-of-mouth might work for the first thousand it’s not going to get you to a million. “You have to be more proactive and control the acquisition process, which word-of-mouth does not allow for.”

That’s where digital marketing can help, allowing companies to target specific customers through search ads or social media at a low cost.

“It’s highly targetable and you can do it on the cheap,” says Teixeira – adding that digital marketing also makes it easy for companies to rapidly iterate its advertising message, tweaking it to figure out what works best. “Only after passing the millionth customer can you go into advertising on traditional media. That’s when you need massive scale, so you go to mass marketing.”

As a company grows, it must consider the purpose of advertising in order to achieve the best effects in gaining new customers.

“Some tools are better for the beginning, some are better when you are bigger,” says Teixeira. “It’s not about, should I use digital marketing or word-of-mouth or TV ads. The question only makes sense when you say, ‘I am at this stage: what approach should I take?‘ Only when you answer that question will you know what tool is most appropriate.”

In other words “You need the right size of eggs for each stage of your nest.” 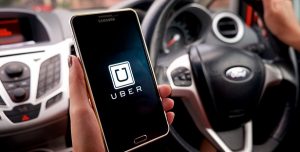 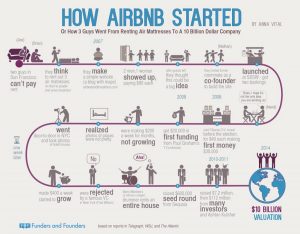 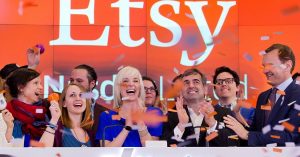