Despite all the chaos on the first day of the Republican National Convention in Cleveland (Ohio), it’s very likely that Donald Trump will be the official Republican candidate in the race for the White House.

On election night in November, he will face Hillary Clinton; she’ll get the official nomination by her party at the ‘Democratic National Convention’ next week in Philadelphia.

A great part of the business community has a very critical view on a possible Trump presidency. ‘He campaigns on anger, bigotry, fear of new ideas and new people, and a fundamental belief that America is weak and in decline‘ a group of over 140 technology leaders from Silicon Valley recently wrote in an open letter to Trump.

But a US-President Donald Trump nonetheless could become a reality and the question is: which stocks would profit from such an outcome?

Trump will lead an anti-establishment campaign: ‘Americans can choose a leader who will fight to make America safe and prosperous again and bring real change or we can elect someone who literally personifies the failed establishment in Washington. Seven and a half years of Barack Obama and Hillary Clinton’s policies have weakened America’s place in the world.’

With regard to the economy and the stock market, Trump has outlined a number of policies that would impact both in one way or another. He proposed aggressive tactics on trade for decades, including forcing China and other countries to pay for the privilege of selling their goods in the US and punishing US companies that move jobs abroad. And since ‘there is zero reason to believe a Clinton administration would be any improvement over the past eight years (‘Wall Street Journal’), Trump could score big time with this issue.

Trump describes his foreign policy as “America First”, and says as commander-in-chief he would only engage the US in fights that were in America’s self interest and where definable victory was achievable.

Eurasia Group President Ian Bremmer foresees Trump going after terrorists from the air. If so, shares of those companies should profit:

Trump’s infrastructure plans famously include a wall to separate the US from Mexico. Even if that idea shouldn’t be realized, Trump has a clear focus on infrastructure. ‘Fixing our infrastructure will be one of the biggest projects this country has ever undertaken. There isn’t going to be a second chance to get it right. When I see the crumbling roads, bridges or airports, I know these problems can all be fixed, but not by Hillary Clinton. Only by me.’

Here are a few stocks that would benefit from infrastructure projects.

Under Trump’s tax plan with $11 trillion in tax cuts no business of any size would pay more than 15% of their business income in taxes. Corporations would no longer be able to defer taxes on income earned abroad as they do now; however, a foreign tax credit would guarantee no company would face double taxation. That means companies holding lots of cash abroad such as Apple (AAPL) would finally bring their money back to the U.S.

Cracking down on illegal immigration has been the main pillar of Trump’s campaign platform. The GEO Group (GEO) a private prison real estate investment trust has a long-standing relationship with the federal government and U.S. Immigration and Customs Enforcement. It is the largest provider of correctional, detention and community reentry services to the federal government.

Trump likes his guns, and as President, he has vowed to protect Second Amendment rights in his quest to make America great again. He has pledged to lift gun and magazine bans, allow firearms at military bases and recruiting centers and put in place a national system so that gun permits are valid in all 50 states. A stock to profit from would be Smith & Wesson Holding Corp (SWHC). 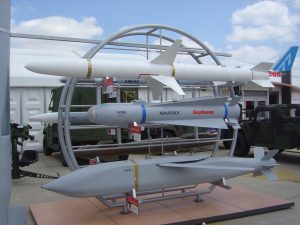 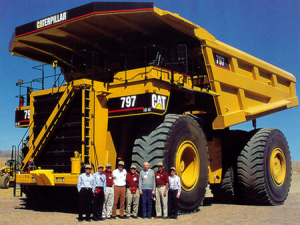 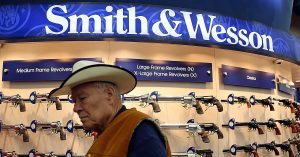