Silver – the Most Versatile Metal in the World

Since Brexit, the silver price saw a huge rally to almost 18 USD per ounce. And the reaction was a classic ‘risk off-safety on’ trade. Worldwide stock markets fell off a cliff, while the U.S. dollar, gold and silver rose sharply.

In this post, I’d like to highlight silver’s incredible characteristics that makes it the most versatile metal in the world.

But first, let’s have a look at the most recent estimates from the US Geological Survey. The top 5 show – Mexico produced the most silver in 2015:

Fresnillo, one of the most productive silver companies in the world, mines silver and gold at six different projects throughout Mexico.

The majority of Peru’s silver comes from the Antamina mine in Northern Peru.

BHP Billiton is a multinational mining company with projects located around the world. It remains the largest silver producer in Australia.

I’m sure you know about silver’s uses as a monetary metal. Being rare, durable, fungible, malleable, ductile, and divisible, Silver has been used by civilizations ranging from Ancient Rome to the United States for currency.

However, these monetary uses are just the tip of the iceberg in terms of silver’s overall utility. It’s versatility comes from an array of properties that make it interesting for many practical purposes:

– Silver is the most conductive and the most reflective metal, which make it useful in batteries, solar panels, and electronics. It’s also an effective industrial catalyst for producing very important materials such as plastics or polyester.

– Silver is extremely anti-bacterial and non-toxic, making it handy for a wide variety of medical and technological applications.

The possibilities seem endless for silver, and there’s no telling what it could be used for in the future.

The following infographic shows 21 partly unexpected uses for silver that speaks volumes to the impressive versatility of the metal: click here.

Mexico produced the most silver in 2015 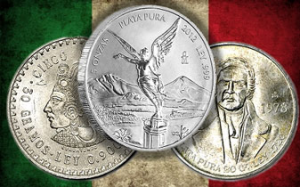