The steady increase in life expectancy is now close to, or above 80 years in many developed countries. This is a ‘natural’ consequence of a generally healthier lifestyle on one hand and medical advancements in biotech and genomics on the other. And this is a good thing, no question.

But this constantly extended lifespan already puts upward pressure on savings for a longer retirement – which was never as hard as now with historically low interest rates – and increased health care costs.

With this in mind, it’s clear, that the ‘big idea’ of life extension to an average of 140 years on a global scale, poses even bigger financial challenges. Right now, it looks like this extended lifespan may be only a good thing for the chosen few with the necessary cash at hand.

But First the facts: With regard to health care costs, the US is lonely at the top. Americans spend the most per person on health care of all high-income nations, according to a Commonwealth Fund report.

The analysis shows that in the US, which spends an average of 9’086 USD per person annually, life expectancy was 78.8 years. Switzerland, the second-highest-spending country, spent 6’325 USD per person and had a life expectancy of 82.9 years. Mortality rates for cancer were among the lowest in the US, but rates of chronic conditions, obesity, and infant mortality were higher than in Europe, Asia or Australia.

What the study also shows is, that health care spending per person is highest in the US not because Americans go to doctors and hospitals more often, but because of greater use of medical technology and health care prices that are higher than in other nations. There is no coincidence that affordable health care was one of President Obama’s top priorities during his 8 years in the White House. 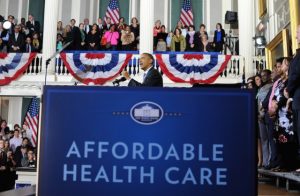 But even in small and rich Switzerland, which has arguably the best health care system in the world

(http://www.forbes.com/sites/theapothecary/2011/04/29/why-switzerland-has-the-worlds-best-health-care-system/#61cf95a418af), many young people, families, low-income workers and elderly struggle to come up with the premiums for the mandatory health-care-insurance and need to be subsidized.

Still, Switzerland is lightyears ahead of other (east) european countries with so called ‘health systems’, where you pay a lot too, but you risk to leave a hospital more sick than you were, when you checked-in.

So, from a quality of life point of view, medical science, the pharmaceutical- and the health-care industry shouldn’t focus so much on the dream of extending the lifespan towards 140 years, before they can provide a generally affordable health-care system for today’s real existing lifespan of 70 to 80 years.

Regardless of the different life expectancies in countries around the globe, there is usually one thing in common. Medical or drug bills pile up towards the last years of life. To cover them, elderly people need a sufficient pension and to obtain this pension, people need work during their ‘active’ years.

Now, the promoters of a longer & healthier life believe, that scientific progress would make it possible to extend this ‘active’ years substantially and shift the retirement age to 115 for woman and 120 for men.

But there simply won’t be enough work around. Even when you assume, that a double-lifespan over time creates a twice as high population with twice as high demands for cars, clothes, or computers, this won’t create a twice as high number of new jobs.

First, any company could double their output thanks to modern production processes and at lower costs per unit through the Economies Of Scale concept, with just a fraction of new employees.

Second, many still existing jobs will be replaced anyway in the coming years through the Rise of the Robots that will overhaul the entire economy.

Third, if people live for 140 years on average, the pension systems around the world would collapse. So the existing retirement age, as mentioned above, must be extended from the current age of 60/65 to about 115/120. But then, young people will have even more difficulties to find a job – and get their pension later – than now, where youth unemployment in southern Europe already tops 50%! (http://www.mckinsey.com/industries/social-sector/our-insights/converting-education-to-employment-in-europe)

As long as not even the developed world has a sustainable strategy for young people to find work, for families to have access to affordable health care and for elderly to get a pension to live their last years in decency, I’d appreciate, the ‘life extension’ enthusiast would bring in their smart minds and help to solve the existing problems first. Then, they may focus on life-extension again and may even pursue the task of eternal life. 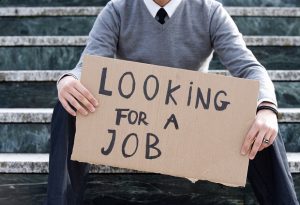 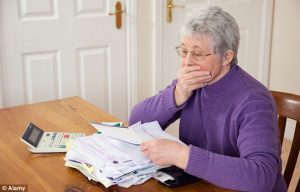 In the next part of this ‘case against life extension’ we focus on the costs and the collapse of cities, if the global population would grow to 15 billion.