Brexit & Trump: A Boost For Bitcoin

The transaction volume for bitcoin is predicted to more than triple this year, helped by the prospects of a Donald Trump presidency, according to the study, “Will Bitcoins Bite Back,” published by Juniper Research.

‘If Donald Trump becomes president of the U.S., there is the very real prospect of turmoil on world markets as the Economist Intelligence Unit ranks his presidency within the Top 10 global risks’, said Windsor Holden, head of Juniper Research.

However, bitcoin trading would thrive in such an environment, at least until the impact on major fiat currencies becomes clear. Juniper predicts the total volume of all bitcoin transactions may exceed 92 billion USD by the end of the year. It was less than 27 USD billion in 2015.

Reasons for this predicted spike include U.K.’s recent vote to leave the European Union, weakness in China’s economy and an upcoming change to bitcoin which will halve the number of coins created through the ‘mining’ process. This is expected to tighten the supply of new bitcoins and support the price.

Bitcoin – a little background and perspectives

The emergence of bitcoin has always been looked at an array of alternative cryptocurrencies over the past 5 years has been one of the true phenomena of eCommerce. Initially a purely P2P (Person To Person) mechanism, cryptocurrencies are increasingly being offered by online retailers as purchasing options.

However, in their short history cryptocurrencies have been dogged by controversy, with a number of exchanges closed down and their assets seized after their owners were accused of using the sites for illegal activities, including money laundering and the purchase of prohibited substances. Furthermore, the extreme volatility of cryptocurrencies and disagreements as to what precisely they constitute means that they face a struggle to gain wider public acceptance.

Cryptocurrencies can be defined as:

‘Digital currencies that use encryption techniques to secure and verify transactions. The techniques are also used to generate units of currency in the first instance.’

Arguably the key feature of cryptocurrencies is their decentralized nature; they are not backed or controlled by central banks; their value is determined by supply and demand.

The transactions attract minimal fees, meaning that they can be an attractive option for P2P (Person To Person) payments.

The fact that such transactions are (relatively) anonymous means that several cryptocurrencies have been popular for tax evasion, money laundering and payment for other illicit activities (drugs).

The creation and usage of Bitcoin is based around the ‘block chain’ concept. A block chain is the public ledger of all currency created and transactions fulfilled.

‘Miners’ together form a network to maintain the block chain. The first miner to solve a given puzzle creates new currency, with the associated block of transactions added to the block chain in linear, chronological order. That currency is then the property of the miner. The amount of coins received halved with every 210’000 blocks: the currency has a preordained limit of 21 million Bitcoins.

In its first year of existence, very few Bitcoin transactions occurred, rarely did the number reach 100 per day. By January 2011, average daily transactions were exceeding 1,000; within a further 6 months, usage had soared to 5’000 transactions per day. However, it was in mid 2012 that transactions began to soar, typically exceeding 20’000 per day. At that time, Tony Galippi, CEO of Bitcoin processing company BitPay, said that his client list had risen in 2 months from 100 to 1,100.

However, it is arguably through purchases for illegal substances and services that Bitcoin gained both traction and notoriety.

Gradually, however, the Bitcoin user base began to expand from the developer, speculator and criminal communities, in part spurred by the fact that a number of retailers, both online and offline, were beginning to accept the currency.

While for many such retailers this represented no more than a ‘toe in the water’, in that transactions could only be made for specified goods and services, it was clear that Bitcoin represented an attractive option for many, primarily for the following reasons:

For cryptocurrencies to expand both their user base and the opportunities for usage, they must first overcome a host of significant challenges, on the supply side, demand side, and within the market itself. 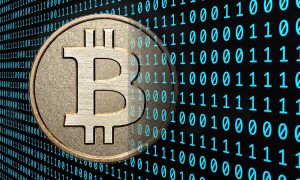 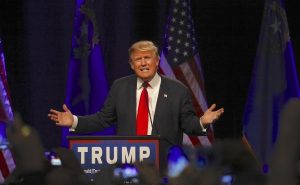